Arc of The Scythe Series: Book Review. A Glimpse into the Future? And Podcast

This article contains an affiliate link. If you purchase a product from this link I may receive a commission.

After four months of reading, I have finally reached the end of the last book in the series Arc of the Scythe. As usual, I feel a little sad that I have to say good-bye. I’ve grown fond of our heroes Citra and Rowan and Greyson and Faraday and even the Artificial Intelligence called the Thunderhead.

This was my first experience reading Neal Shusterman and it won’t be the last. In fact, I promptly went to ThriftBooks and ordered three more of his books. Shusterman writes Young Adult fiction, my favorite category. This particular series is an epic journey through a futuristic world where people are trying to figure out how to deal with things like immortality and the need to keep the population from exploding and how to still retain their humanity in a world that has eradicated all of the problems that we are still dealing with. The author skillfully develops the plot and manages to keep it credible and cohesive throughout three books. The books are not short. They range from about 400 pages to 500 to over 600.

The first book of the series is simply called Scythe and is where we meet the main characters and discover the basic plot in which we discover that in this future world, people no longer die of natural causes, and, to prevent overpopulation, a new path to death has been created. This means is the scythes, a group of people chosen, trained, and given the task of ‘gleaning’ a portion of the population through various methods. The profession is supposed to be honorable, but a faction of scythes arises that enjoys the gleaning a little too much and devolves into a murderous bunch. Our main characters and heroes are two teenagers Rowan and Citra who are trained to become scythes. I don’t want to give too much away, but only one of them is chosen in the final competition. We watch as they learn how to use various weapons and poisons from their mentors and also as they develop a special friendship. The rest of this book is about what happens after their training end and the increasing evil in the bad group of scythes.

We meet up again with the same characters and a few new ones in book two of the series, Thunderhead,. The main focus in this book is seeing inside the mind of the computer that controls the whole world. Basically the computer is the sum of all knowledge that exists. At a certain point in history it became a sentient being living in the ‘cloud’ that interacts through cameras, microphones, and computers all over the world. The Thunderhead is logical, unbiased, and wise and can do all the things that today’s futurists hope for someday. It can moderate the weather, predict all kinds of things and prevent the bad things, it understand humans and helps them, and it is very smart so it has solved death and disease and can even bring people back to life if they haven’t been dead too long. It accomplishes all these things with technology that is everywhere. People have not only accepted having it as their world leader, they prefer it, and all human governments are gone. In this book a new character is introduced that is very special to the Thunderhead. The bad guys keep getting worse and the good guys keep trying to overcome their plans. The ending was unexpected and dramatic. This was my favorite of the three books. I mentioned it already in this post.

In book three, The Toll, the author introduces a quasi-religious theme in which the cult-like group called Tonists are very involved. They are also in the other two books but they really come to life in this book. The Toll is presented as their prophet, because the Thunderhead speaks to him. Because of the things that happen in book two, he is the ONLY person that the Thunderhead speaks to, which is quite traumatic to all of the people who are very dependent on the it. In this story two main characters are brought back from the dead from the last book, but they are more of a side plot. The main plot here is trying to save the world after the evil scythes have gained power. This book is pretty long, over 600 pages, and has several stories going at once in different parts of the world. The ending is exciting, but also a little less than I was hoping for. But maybe you can only expect so much without making it too silly.

Side note, it was obvious in this book that the author understands religious concepts and even though he does not present a pro-God perspective, it is not anti-God either. He leaves it open to the reader.

I definitely would have loved to have a fourth book in this series because there was so much more that could be imagined happening after the ending. If you enjoy futuristic stories and would like one with a little twist where the future is actually pretty good, not 100% dystopian, but still has some bad guys, this is a great series for you. You will cheer, mourn and rejoice as the characters go through so many trials and triumphs while trying so hard to do the right thing in the face of impossible odds. Shusterman did a great job of popping up with surprises and making it all seem plausible, while keeping it fiction. I hope you’ll read it and let me know what you think! 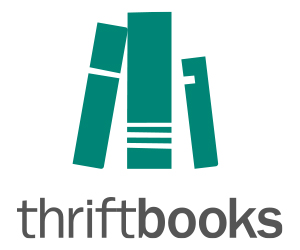